Registrations for this event have now closed 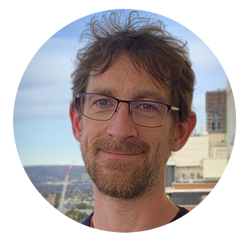 Join Matt Everitt for an Exclusive Masterclass Event, diving deep into the world of animation creation!

With over 25 years experience in the animation industry, Matt has tackled nearly every aspect of animation creation. Beginning as a 2D Animator for TV before learning CG to work in the games industry in the 1990’s, Matt then moved into commercials, creating content for brands such as Nestle, KIA, Vodafone and Madonna’s spectacular Grammy live show with the animated band the “Gorillaz”.

Matt then started working on animated features such as “Tales of Despereaux”, “Happy Feet 2” and “The LEGO Movies” and most recently working on VFX films such as “Outlaw King”, “Skyscraper”, “Dora and the Lost City of Gold” and “Cats”. He has also served as Executive Producer for the animated features such as “The Wishmas Tree” and “Combat Wombat” with several movie titles in development.

During this Masterclass, join Matt in a discussion based around the history of his career over the past 25 years, the different styles and techniques he has used, how to deliver shows for multiple disciplines and the need for adaptability while maintaining a passion for your chosen career.

Registrations for this event have now closed