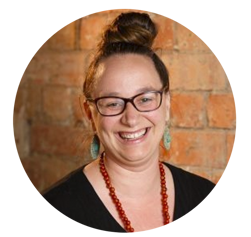 Lydia Fairhall (Worimi/British/Punjabi/Swiss) has adorned the titles of festival curator, theatre and film producer, freelance writer and singer/songwriter thorughout her twenty plus years of experience across remote and urban communities in the creative industry.

Working across a wide range of disciplines, her work history includes Producer for Queensland Performing Arts Centre and Head of Programming for Footscray Community Arts Centre, producing shows such as Stradbroke Dreamtime (Out of the Box/Queensland Theatre), The Hamburg Season (Hamburg Orchestra, Opera and Ballet) Bloodland (Bangarra Dance Theatre/Sydney Theatre Company) and My Lovers Bones (Melbourne Festival). She was also the Creative Producer of Footscray Community Arts Centre’s annual and much loved Wominjeka Festival, 2014-2018.

Outside of her role as Producer for ILBIJERRI Theatre Company, Lydia has a busy slate recording her debut album, True North, under the banner Lydia Fairhall and The Black She Oaks, with producer Jackie Marshall under Sugar Rush Records. Lydia is also a freelance writer for Dumbo Feather Magazine and the newly appointed Artistic Director for the loveliest film festival in Australia, the Heart of Gold International Short Film Festival in South East Queensland.

For this this special masterclass, she'll be discussing her experiences in creative projects, but also to discuss the important role that artists have in framing the wider narrative around acknowledging traditional and contemporary First Nations culture in Australia, and how we as artists can be a gentle, but vital part of the ongoing traditions of storytelling and truth-telling in Australian life. Don't forget to stick around for a Q+A moderated by our Melbourne Music Head of Department Chris Pickering and bring as many questions as you can.