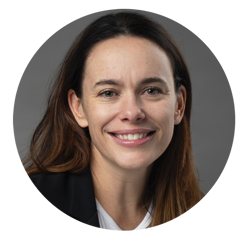 Senior Production Manager for Motion Realm at WETA Digital, Samantha Nield is sharing how she 'Thinks Like A Producer' in this Exclusive JMC Masterclass.

Joining WETA Digital in 2015, Sam Nield has moved her way into the position of Senior Production Manager of Motion Realm, overseeing the delivery of all moving elements and CG performances across WETA’s diverse slate of film, television & virtual production projects. Over the last five years she has been the Animation Production Manager on Valerian (2017), the Motion Line Producer on Alita: Battle Angel (2019) and the Department Manager of Animation.

Sam began her career in 2005 working on live action production for film and television in Australia. In Sydney she worked client side as an AD for George Miller, managing voice cast and motion capture performers on the Animated feature Happy Feet 2 (2011). Outside of production, Sam has a Masters of Education and is passionate about educating kids to be filmmakers, co-authoring several Elementary Curriculum programmes.

In her Production Masterclass, Sam will discuss the timeline of her career in the hazardous and ever-changing landscape of innovative technology, shifting budgets and diversification of clientele. She’ll maps out her early starts in Australian drama series, reality TV and independent film and shares how the foundational skills in Production have enabled her to succeed at one of the leading Visual Effects companies in the world.

Learn the foundations for any platforms, the expectations of crew and artists, how to “Think Like A Prod” and how to master what she calls 'Prod Ikigai': the sweet spot for having a fulfilling & sustainable career in production. Stick around for a moderated half hour Q+A session after this unmissable Masterclass