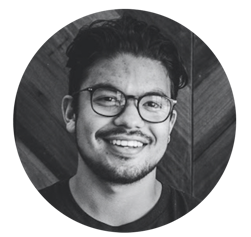 Join the COO and Co-Founder of Muso App Alan Jin for a Music Masterclass that makes Start-Up's look like child's play!

Alan Jin is the COO and Co-Founder of live music start-up, Muso. Alan and his co-founders have taken Muso from an idea to a reality in roughly 2 years. On the way they’ve been selected for Australia’s top accelerator ‘Startmate’, raised $1.5M in venture capital funding, grown to a team of 12 and hosted over 2000 gigs for artists, equating in roughly $600,000 in earnings for musicians. This was all done without any real knowledge of how the startup world works, or how to build a company.

Before Muso, Alan worked professionally in marketing agencies (Traffik, Clemenger BBDO Melbourne) and toured as part of electronic four-piece, Otious, supporting the likes of Peking Duk, Bag Raiders and BADBADNOTGOOD. He quit his full-time job at the beginning of 2018 and dived head-first into building Muso.

In this masterclass Alan will take you on the journey that is Muso - revealing what they had to do to get to where Muso is today, and give you an understanding of what still needs to be done. But most importantly, Alan will highlight a few of the areas that went wrong and a few of the common mistakes to watch out for.

He will summarise learnings so far of how he and his co-founders built a start-up without any prior knowledge of how to build one, and will attempt to give you a broad understanding of #startuplife.

Consider it a crash course in what you don’t know you need to know about building a start-up in the Australian music industry. If you’ve thought about doing your own thing, perhaps even founding a start-up yourself, then this session is one you will want to attend.